The main purpose of this communication is to review various typesof pollination mechanisms involved in orchid species. The Bees andwasp(MaleWasp)arecommontypeofPollinatorsTherearesecondarycomponents such as wind, rain, gravity that also work as pollinators.The male wasp gets attracted towards orchid flower and accomplishpollination. The wings and body hairs of the pollinator work as mainpollinating components

The main purpose of this communication is to review various typesof pollination mechanisms involved in orchid species. The Bees andwasp(MaleWasp)arecommontypeofPollinatorsTherearesecondarycomponents such as wind, rain, gravity that also work as pollinators.The male wasp gets attracted towards orchid flower and accomplishpollination. The wings and body hairs of the pollinator work as mainpollinating components

The Orchidaceae is a vast family of flowering plants with the reproductive mechanisms that are ideal for pollination (Darwin 1862). It contain 25000 – 35000 species with 800 – 1000 Genera that spread out all the world (Gogoi et al. 2012). At that time there are 29,199 species can be recognize and admitted (Govaerts, et al. 2017). About 1296 species related to 155 genera of orchid are noted in India (Singh et al. 2019). It can incorporate 6 % of the world orchid. Approx. 8 of angiosperm species diversity are found (Chase et al. 2015; Willis, 2017). These are generally monocot plants. Perhaps epiphytic, terrestrial and litthophytic . These generally 70% of world orchids are epiphytic and litthophytic and around 25% are terrestrial, 5% are mixed substrates (Arditti 1992). Flower of these family have special trait these male portion are only one stamen and that fused with female part of the flower structure is known column. The Pollens are deposit at the distal end of the column as separate masses (Pollinia) and that pollinia will attach with small stalk that attached to body of pollinator and imprecisely delivered on the stigma so as the cross pollination . Pollinators can play a main role in new novel forms and keep orchid species diversity (Buragohain and chaturved, 2016; Xu et al. 2012; Chaturvedi 2012).

In Orchid it is most relevant and profitable product because it is considerable in horticulture. There are 1,00,000 were recorded hybrid in all world. It can represent species:- Aerides, calanthe, coelogyne, vanda cymbidium, Dendeobium etc. These are not only used as Ornamental but it is uses as medicines also (Pathak et al. 2010).

These Orchid have some special pollination system (Tremblay et al. 2005). The Flower of orchids are polliniated by Multitudinous vertebrate and in- vertebrate taxa. The pollinator are commonly insects, birds and rodents. Hymenoptera (bee and wasp) are generally known pollinator of orchids. As the rewards nectar (insects and birds), floral fragrance (male euglossine bees), by resin used by bees for making nest and last oils is used by Anthropoid bees cater for larvae. Deceptive pollination also found in orchids (Buragohain and chaturvedi 2016, Fantinalo et al. 2017). Deceptive pollinators are like sexual, food or brood site deception, nectar deceit and oil deceit.

Bees and wasps can done 60% of the pollination in orchids. In these Flower have well developed and have landing platform and have nectar glands. It found mark of contrasting colour pointing at the way to near nectar. The nectar is found in the least quantity and more concealed. Bee pollinated flowers are fresh and sweet that are placed horizontally placed (D’Auria et al. 2019). The flowers are generally yellow, violet, blue, green. A few species of orchids species can produce pseudopollen those are best reward by bees pollination. Bees can also awarded as oil, food , resin for the nest making. Euglossina bees can be collect scent compound from the flower by using courtship display. Dendrobium infundibulum and cymbidium insigne are non rewarded species of orchid. In morphology Rhododendron lyi are nectar rewarded species . At the season of flowering these species come together and get pollinated by Bombus eximius . (Kjellsson, et al .1985). In species of Eria monostachya, E. paniculata and Maxillaria can show the impression of pseudopollen. The Orchid are used the ambush, spark or false nectar to attract the pollinators (Buragohain et al. 2015; Attri and Kant, 2011). 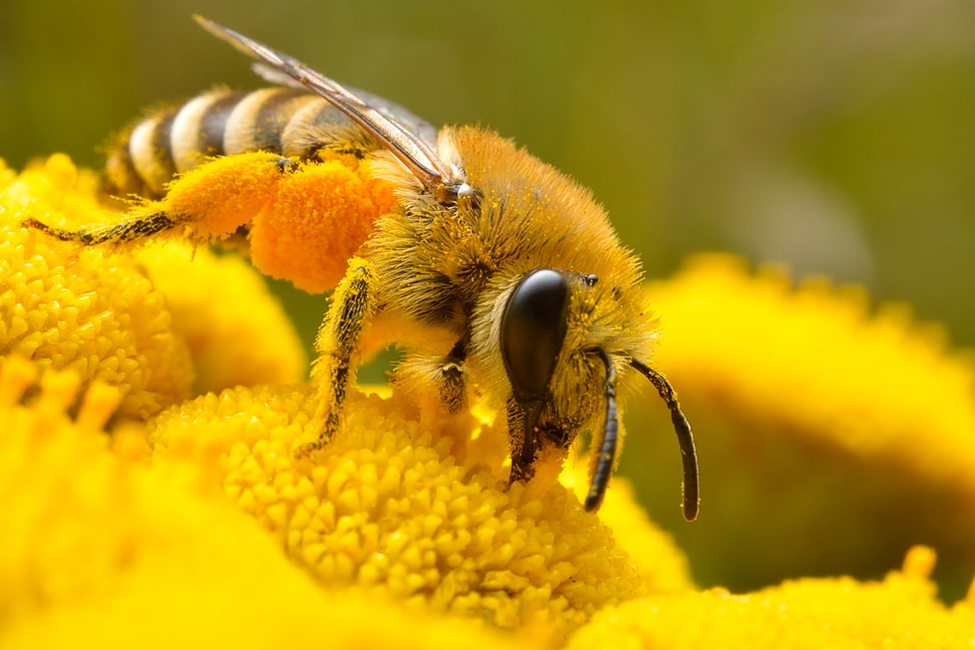 Butterflies can be attracted by bright colour like red , blue , yellow , orange . It have sweet fragrance also . Such type of flower may or may not be have nectar glands . In some cases nectar are suppress under below in spurs . In India Habenaria foliosa var .foetida is pollinated by the blue trigger butterfly at the day time and also by the moth of genus Dysgonia at the night times it was attracted by whitish green colour and for nectar ( Dangal and Gurav ,2014 ) . These orchids can also release the compound that attract towards for exacting to sex pheromones . In some cases it can release chemical compound that can collected by the pollinator for the defence or mating attraction . Epidendron panciculatum that can release pyrrolizidine alkaloids which can be used for mating attraction by the Lepidopterans and nymphalid butterfly . In Ludisiadiscolour and calan the Argenteostriata can be pollinated by the butterflies ( Zhang, et al . 2010).

In some species of orchid it was reported that it was pollinated by humming birds . The flower are tubular , placed horizontally , hanging and brightly in colour . In coelogyne rigida it was bird pollination found there . (Wang, et al.2008) .

Pollination by Rodent in Orchids :-

In Cymbidium serratum is pollinated by rodents .Wild mountain mice can eat brightly coloured succulent lips of C. serratum . The lips of the flower are sweet in taste in fact petals and sepal are bitter in taste . The producing of odour can also synchronises with mouse activity (Wang, et al. 2008 ).

In auto-pllinated species pollinia is found at above the stigma and it will fertilized by the lack of pollinators. Whole of the process is done by the presence of powdery pollinia and disfigure of the column. In Holcoglossum amesianum the anthers are direction of gravity by 360⁰ and the pollen can comes into by the stigma cavity (Liu, et al. 2006) . In autopllination it is noted that these are insert scarcehabitats (Chen ,et al .2012; Liu, et al. 2006 ) .

Floral Oils :- There are some oil collecting bee that can perform the pollination (Torretta, et al. 2011) . The oil can be acyl-glycerols that was work as pollinators . The bees can be collecting the oil by scratcting movement over it. At the time collecting oil by legs that are adhere by the capllarity (Toretta, et al.2011). Centridini bees can collected the pollen from the Orchids (Parnsarin, et al. 2016).

Nectar :- The mixture of water and diluted sugar . It can be produce in the increase of flowering visiting movements . It is the main source of the pollination (Pijl&Dodson1966) . The Structure of the Nectar gland can be found different parts of Oncidinae or simple or either it was different in one species to another species (Pansarian, et al .2016). There are secretory tissues that are single layered epidermis with the presence of sub-epidermal cell ( Buzatto, et al .2012) . Butterflies also do the pollination by the use of nectar . butterflies have the proboscis that put into nectarferous horn-shaped lip present in it . Nymphalidae butterflies are take the pollanaria on both eyes (Buzatto, et al .2012).

Perfumes :- Fragrance will attract the Insects towards the flower . There are Osmosphorous that commonly name as perfume gland and these gland have Tepenes and Aromatics (Anton, et al. 2012) .

The Structure of exclusively layer of cells by some layers of cells by some multicellular pappile (Anton, et al .2012) . The floral scents are collected specially male Euglossini bees . The relationship between the flower and Euglossini bee can be related by (Darwin1862) . Researcher found that the male bee can attracted to the Flower for the sex Pheromones to Attract towards . (Wiliams 1982) .

Pseudocopulation :- These are some character in flower which female can pollinate without lure the male mate towards it (Martel, et al.2016) . In Telipogonn peruvianus they have saturated and unsaturated hydrocarbons that can be attract the orchid visitant. In flower Telipogan peruvianus Male bee can take Pollen in his legs (Martel, et al .2016 ) .

In the recent time the increasing of interest in study of pollination in botany . The pigment and presence of odor or insect that can develop the interest in chemi-ecology . The various type of pollinators that attract the visitors for the pollination .